Skin cancer is the most common type of cancer in Brazil and the world. It is silent and rarely causes discomfort from its symptoms until the lesions are too large.  The Brazilian Dermatology Society (SBD) is therefore carrying out a range of actions in December, skin cancer month, to raise public awareness about the disease. #DezembroLaranja is an ongoing campaign and mobilizes thousands of people nationwide who support the movement by wearing orange clothing and sharing the campaign’s announcements on social media.

In 2015, FSB developed a campaign for distribution on social media, the Brazilian Dermatology Society (SBD) website and the Control the Sun Hotsite, which offers skin cancer risk calculators as well as tips on sunscreens and information on fighting, preventing and treating the disease.  Promotional work was also carried out involving celebrities and major monuments around the country, which were happy to join the campaign and wear something orange.

In 2015, figures from the José Alencar Gomes da Silva National Cancer Institute (INCA) estimated that there were 176 thousand new cases of non-melanoma skin cancer in Brazil.  The World Health Organization (WHO) predicts that in 2030, there will be 27 million new cases of skin cancer, 17 million deaths from the disease and 75 million people living with cancer.  This increase will have the biggest effect on developing countries.  Cancer is already the second cause of death by disease in Brazil, behind only circulatory diseases.

In addition to #DezembroLaranja, the National Skin Cancer Prevention Day, or C Day, in 2015 was supported by three thousand volunteer dermatologists who treated around20 thousand people.

The Brazilian Dermatology Society (SBD) has a long history of efforts to fight and prevent skin cancer and support other Health initiatives and the well-being of the Brazilian population, focusing on significant efforts to engage as many people as possible in this fight.  The main issue in the SBD’s causes and campaigns is to increase popular awareness and prevention.

Lighting up tourist attractions and monuments

To further reinforce the importance of #Dezembro Laranja, some of Brazil’s biggest attractions like Congress, Christ the Redeemer and the Sugarloaf Mountain cable car will be lit in orange to support the cause.

“Be Human to your skin”

London artist Emma Fay painted contortionists’ bodies during a cultural intervention at the Ibirapuera Park (SP) and Ipanema Beach (RJ). The “Be human with your skin” action called people’s attention to the importance of responsibly controlling their exposure to the sun.

The team with eight million supporters arrived at the Mineirão stadium on November 29 wearing orange to support the cause.  They also reached out to thousands of supporters over social media using cards, videos, posts and photos.

Over two weekends in December, the #DezembroLaranja movement involved four Brazilian shopping malls owned by the Multiplan Group. On 05 and 05/12, the Barra Shopping, in Rio de Janeiro, Parque Shopping Barigui, in Curitiba, Barra Shopping Sul, in Porto Alegre and Shopping Anália Franco, in São Paulo, welcomed around eight thousand visitors who were advised of the risks of skin cancer and received preventive information, taking “Control the Sun” photos at photo booths. Other shopping malls that belong to the group also took part.  They were the Morumbi Shopping, in São Paulo, Park Shopping, in Rio de Janeiro, Pátio Savassi, in Belo Horizonte and Park Shopping, in Brasília, took part on 12/12.

The campaign was also supported by partners such as Gol, which ran a special whole page ad in its magazine which was mentioned in the campaign’s special summer article.  Bodytech also posted a #DezembroLaranja card on its Facebook page.  The Kinoplex Chain aired a video supporting the campaign at 13 cinemas in Brazil.  The video ran from December 3 to 23.

Another partner, Fetranspor, distributed over 10 thousand kits containing educational folders, campaign wristbands and six thousand sunscreen samples at the Central do Brasil, Alvorada, Praça General Osório and Madureira public transport terminals. As part of the digital campaign, a card was posted on the RioÔnibus website which was commented on by over 16 thousand people.

The “Control the Sun” hotsite registered over 27 thousand visitors through January 11, 2016.  A campaign app also meant people could change their Facebook and Twitter profile photos.  The SBD gained 3.5 thousand fans on Facebook.  The content was viewed over 79 million times.

The SBD also ran a photo competition (Instamission) #Controleosol, encouraging people to post “controlling the sun” photos on Instagram.  Renowned photographers Ella Durst, Bob Wolfenson and Marcos Magaldi selected the best photos chosen by voters. Altogether, 94 people took part in the competition and the most liked photos were shown on the SBD Facebook page.  The winner was Alex Cimini.

#DezembroLaranja produced significant results on social media and in the press in 2015: 195 million were impacted and 1232 articles published, reaching 12 million readers.  The campaign was viewed over 79 million times on Facebook alone. 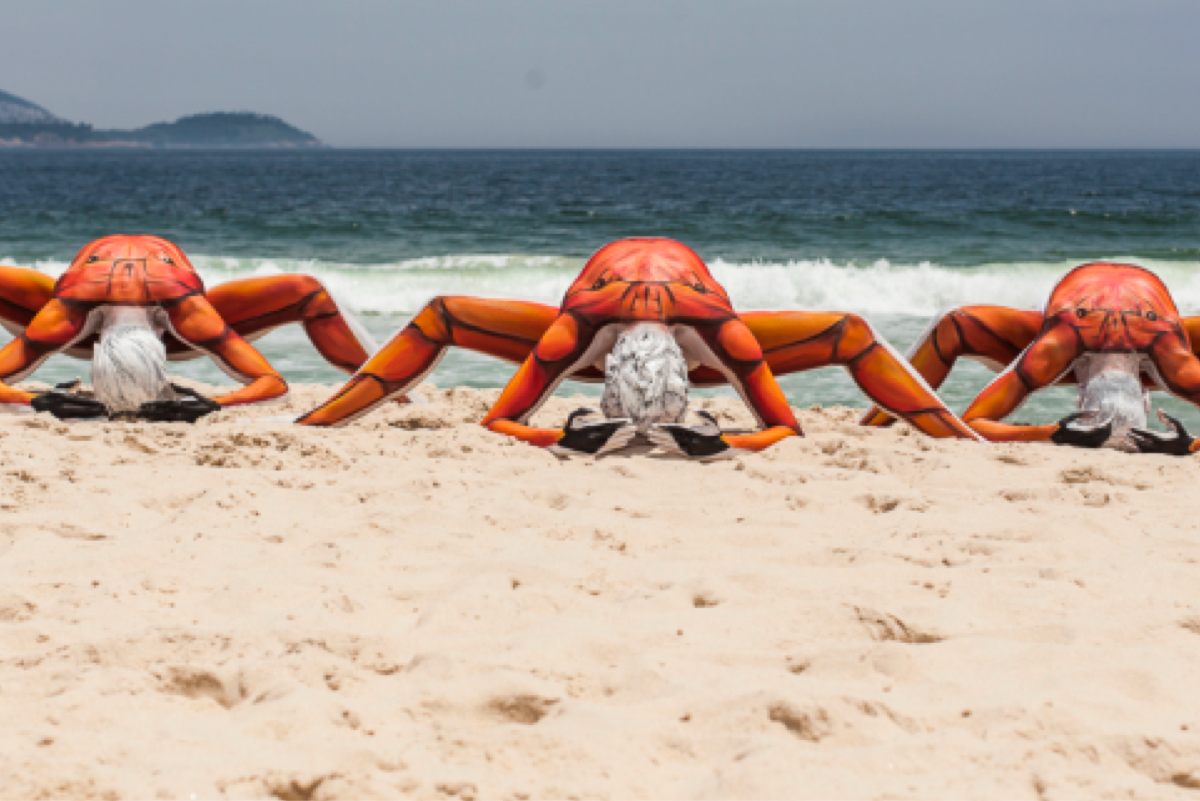